Only a week to go till this year’s scariest Halloween event, the WEAPONS EXPO! Walking death merchants will be allowed to wander freely in Palmerston North unless we stop them!

Peaceful actions and disruptions will be going on over the days of the 31st October and 1st November, so please join for as long as you can! On 31 October you can join the Peace March – Stop the Weapons Expo at 11.30am starting at the Square the march will then head to the Central Energy Trust Arena where the Weapons Expo is being held. Check out Peace Action Manawatū for a taste of some of the events that are going on.

Why you should come and protest the Weapons Expo

Here is some inspiration from MP Golriz Ghahraman, who spoke at our public meeting last week about the human cost of the arms trade, her own experience as a refugee and why we should all stand up to those who want to profit from war.

Also check out this Spinoff article by Valerie Morse: “We can’t stand by while an event is hosted where Lockheed Martin is celebrated instead of condemned for its crimes against children in Yemen, and where New Zealand companies are supported to sell weapons to Saudi Arabia and other repressive regimes. With all that in mind, why not book in a little Halloween trip to Palmerston North this year and join the peace action happening there?” 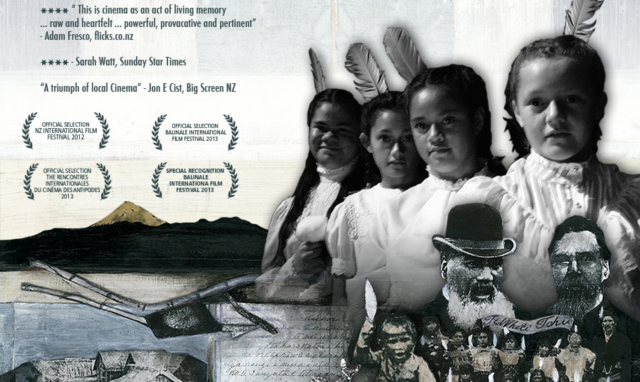 Join Peace Action and Te Tiriti Collective for a screening of this film, which explores the history of Parihaka’s non-violent resistance to the Crown, and the violence it was met with from the colonisers. The 2009 film follows a group of tamariki descended from Parihaka setting off on a journey to learn about their ancestors.

5th November: Parihaka Day
Expect to see these posters out in the streets.

100 posters will be available for pick-up from Stillwaters Community House at 327 Willis Street, Pōneke Wellington, from Mon 15 Oct. If you wish to reserve one please email/text Bronwyn on 022 076 8871.