War is coming to our city…

The Weapons Expo is returning to Wellington, 10-11 October and we want you to help us shut it down! Register for the blockade.

The Weapons Expo is an annual meeting of over 500 delegates from the world’s largest weapons and arms manufacturers, as well as NZ military and government representatives. It’s hosted by the New Zealand Defence Industry Association, an arms industry lobby group for which there is significant government support.

On 10-11 October 2017, these war profiteers are coming to our city. This year, the 20th Weapons Expo will be held at the Westpac Stadium, a council-operated venue – maintained by us, the ratepayers. 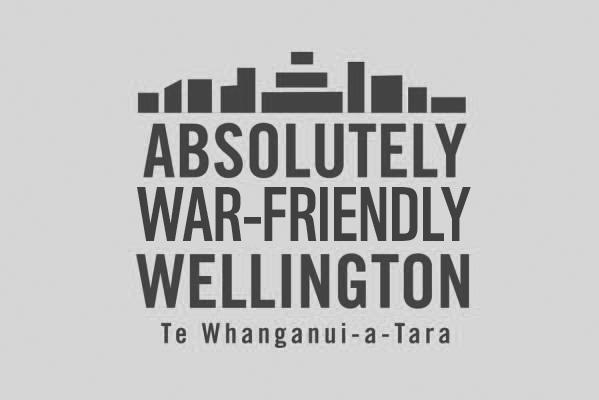 Weapons manufacturers and companies which sell goods to the military are called war profiteers because they directly make money from bloodshed and violence. Every time a weapon is detonated or a drone deployed, money goes straight into the pockets of these companies. At the annual Weapons Expo, they schmooze, booze and plan how to profit from war.

Many of these companies produce weapons for sale to political regimes that violate human rights. Lockheed Martin, the primary event sponsor has extensive and ongoing links with the Saudi regime who are perpetuating human rights abuses in Yemen. These weapons are used in military conflicts that contribute to humanitarian crises.

Weapons manufactured by Lockheed Martin include American and British nuclear missile systems. It’s shameful that the expo is yet again happening in the nuclear-free capital of nuclear-free Aotearoa, but we can shut it down.

In the New Zealand Budget 2017, the National government has allocated over $10 million a day for military spending. That’s $10 million a day on military toys, equipment and surveillance – purchased from war profiteers. This is over eight times more than the allocation for Oranga Tamariki (the Ministry for Vulnerable Children).

Government support for the defence (aka war) industry deprives New Zealanders of resources that would otherwise bring about better, healthier, safer communities. New Zealanders need essential basic services like housing, healthcare and education. As many as 25% of children in Aotearoa are living in poverty while the government spends $10 million a day on sprucing up the military.

National security is achieved by reducing poverty, inequality and injustice. War starts here, and so does peace.
The person on the left receives 8x the amount of NZ government funding as the person on the right

No one should profit from war. The Weapons Expo has been protested against for several years by those who feel passionately that the business of war has no business in Aotearoa. These war profiteers must be confronted, and their activities stopped or impeded.

Non-violent direct action in 2015 (TSB Arena, Wellington) and 2016 (Viaduct Events Centre, Auckland) resulted in extensive disruption to both the venue and the forum. In 2016, hundreds of delegates were blockaded out of the Expo, hindering the business of war. Together we can shut down the Expo again.

What Can I Do?

We need your support, whether you’re able to contribute a lot or a little. Join the resistance! 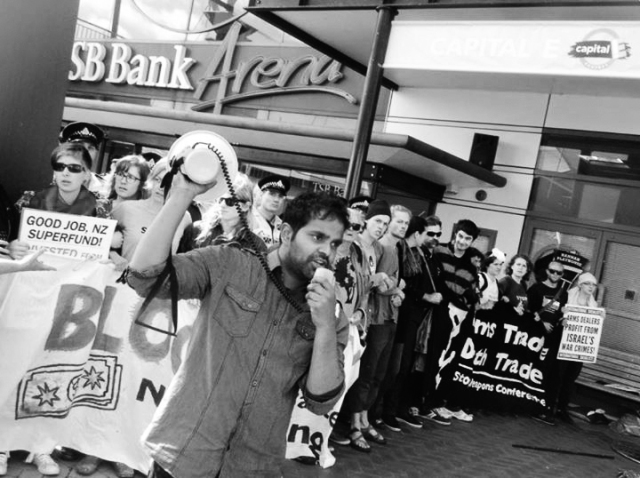 Contact us if your group wants to be a part of the coalition.

We will be having art sessions, Non-Violent Direct Action (NVDA) trainings and public meetings in Wellington in the lead up to October.

Talk to your friends and whānau about these issues.

Stand up against war profiteers and help us shut down the Expo in October at the Westpac Stadium. We won’t let war come to our city. Let’s stand up for peace and say ‘NO’ to the Weapons Expo. 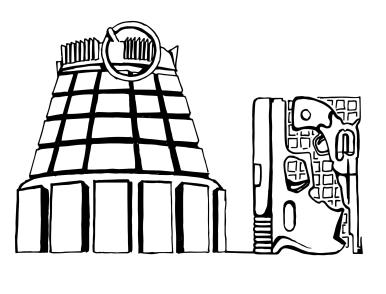